For the second year running, the PDO Montoro-Adamuz has collaborated in organising the “Botijuela” fiesta, a traditional celebration that takes place at the end of the olive season and involves the owner of the farm inviting all his workers to a party. This festival was dying out over time but Adamuz council is trying to restoreits popularity with the collaboration of the PDO Montoro-Adamuz and all the farmers in the region.
Early in the morning people could enjoy a miller’s breakfast provided by the PDO Montoro-Adamuz with the typical mixture of bread, oil, cod and marinated olives.
Moreover, this year some technical workshops have been added to the festival, which involved Dr Fernando López Segura from the Lipids Unit at the Reina Sofía Hospital in Cordoba, who explained in his presentation the health benefits of the Mediterranean Diet, especially the consumption of extra virgin olive oil compared to other fats. He also made a special mention of the oil from the PDO Montoro-Adamuz which, thanks to its high content of polyphenols, which are natural antioxidant agents, is the best oil for promoting health.
As part of the workshop there was also a tasting open to all those attending who could enjoy the flavours and aromas of the different oils produced in the district. At the same time, during the workshop everyone could taste the different brands of oil produced in Adamuz, “Cordoliva Selección” prepared by the Cooperative of Ntra. Madre del Sol, Hacienda Meca and Serraoliva.
People could also take part in traditional workshops, an exhibition of furniture made from olive wood, creams made from olive oil and donkey rides. The celebration ended with traditional songs and dances from the Cordoban Sierra Morena, as well as a performance from a local flamenco group. 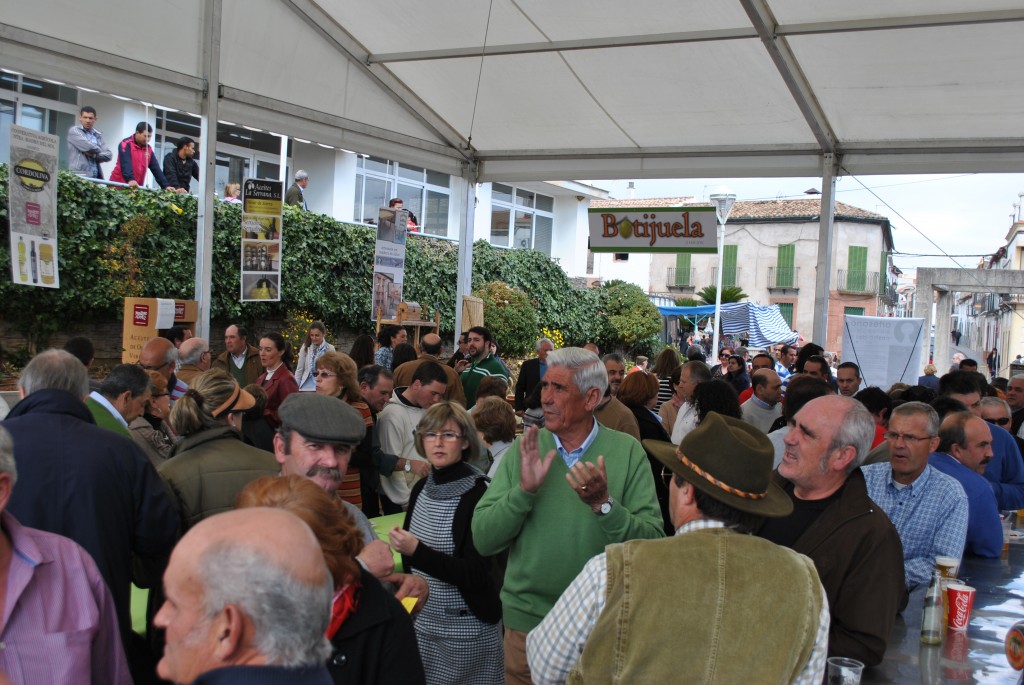 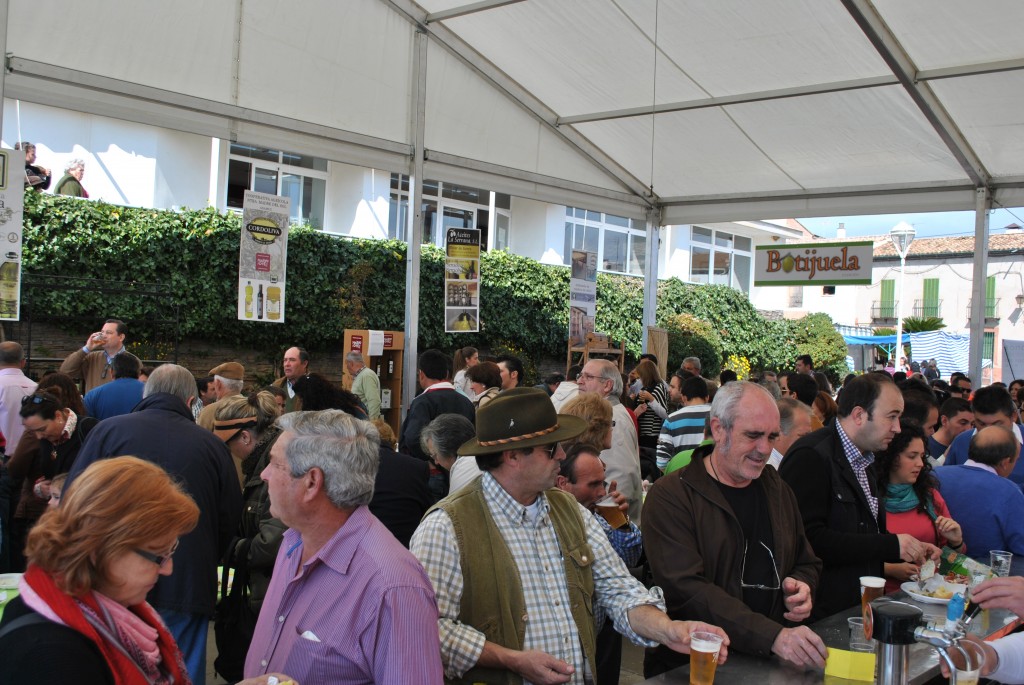 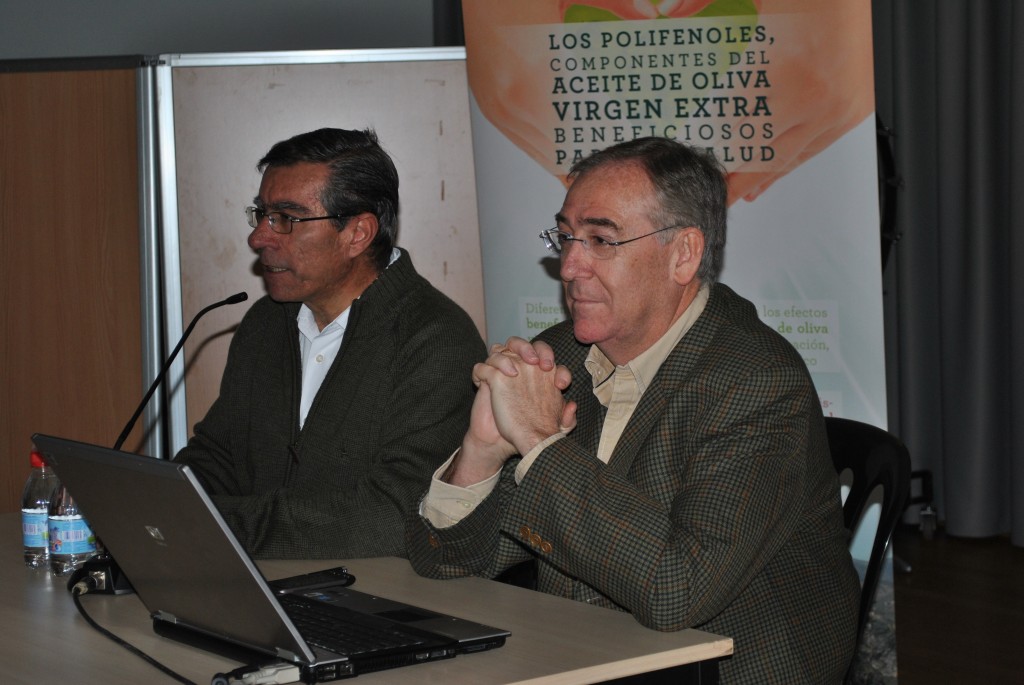 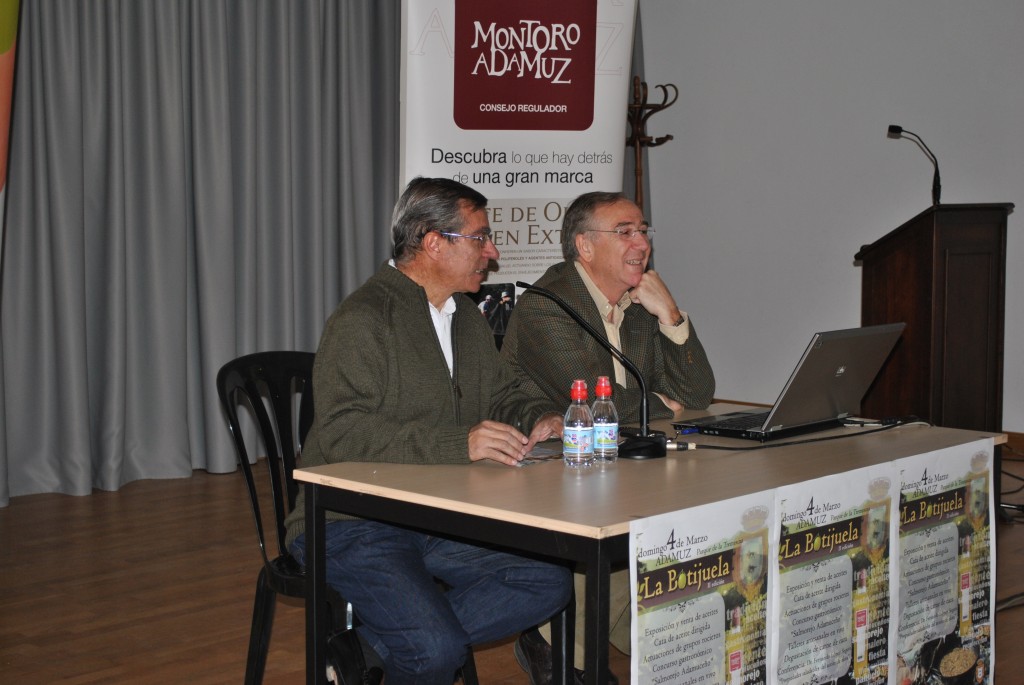 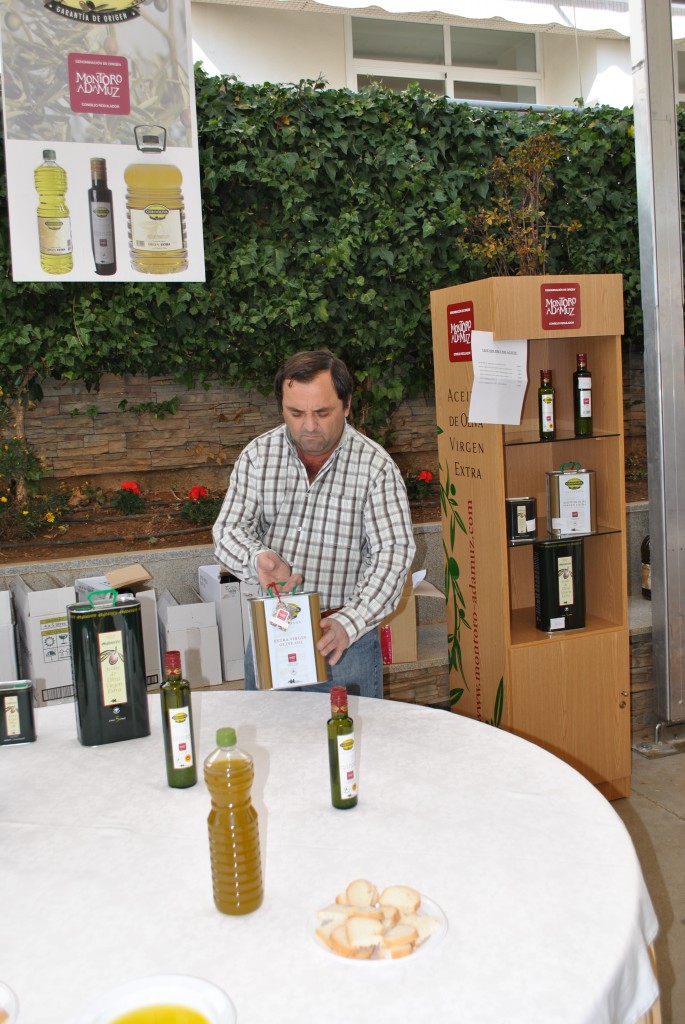