3rd Edition of the “Botijuela” 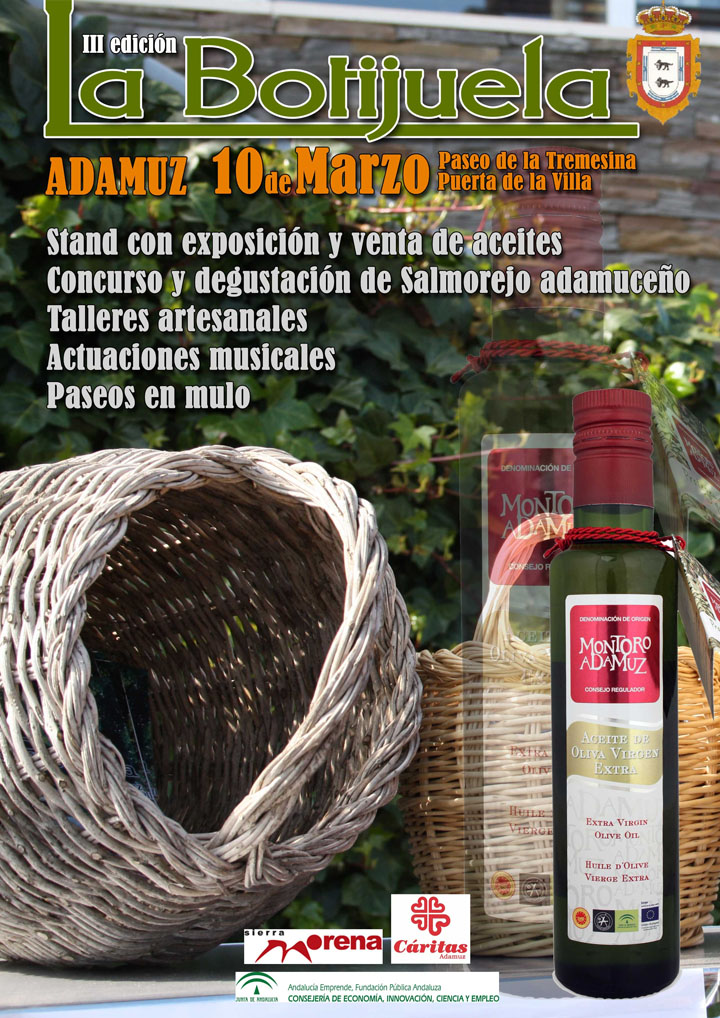 Technical Workshops from the PDO Montoro-Adamuz

For the third year, the PDO Montoro-Adamuz collaborated in organising the “Botijuela” fiesta, a traditional celebration that takes place at the end of the olive season and involves the owner of the farm inviting all his workers to a party. This festival was dying out over time but Adamuz council is trying to restoreits popularity with the collaboration of the PDO Montoro-Adamuz and all the farmers in the region.

Events began at 11 am with an invitation to a miller’s breakfast offered by the PDO Montoro-Adamuz and involving bread, cod and olives. Next there was a conference about the health benefits of consuming extra virgin olive oil from the mountain. 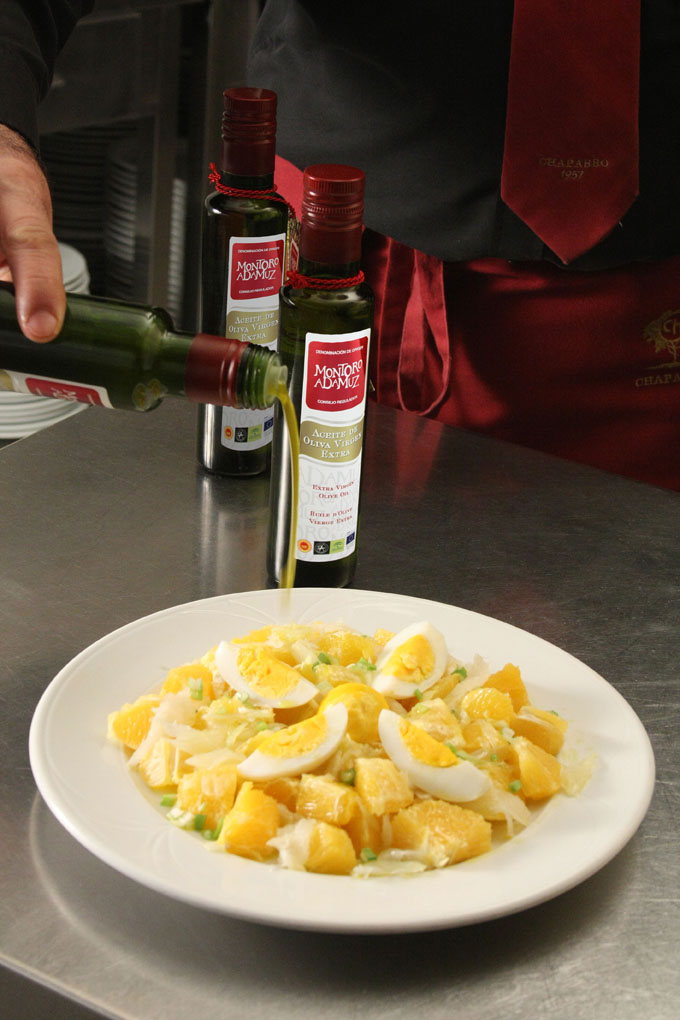 The technical workshops organised by the PDO Montoro-Adamuz focused on the papers based on the PREDIMED study published in “The New England Journal of Medicine”, renowned among professionals as the best medicine journal in the world. This study has perhaps been the greatest contribution by our country to the world of health and has had a global impact on the health benefits of extra virgin olive oil and its polyphenols.

The paper demonstrates that the continuous consumption of extra virgin oil maintains optimum levels of antioxidant substances in the body and encourages the presence of “good” cholesterol at the expense of “bad”. In short,not only does it say that it lowers cholesterol, it demonstrates that it leads to fewer heart attacks, less congestion in the arteries and fewer deaths. It finds that with a diet rich in extra virgin olive oil, the risk of suffering from cardiovascular disease is reduced by 30%.

The workshop continued with María Dolores Peña, Laboratory Director at the Communal Olive Growers Heritage, who spoke about the physical-chemical characteristics and quality of the oils from this designation of origin. To conclude, an introduction to sensory analysis and an organoleptic tasting was organised as part of these workshops.

People could also enjoy traditional workshops, an exhibition of furniture made from olive wood, creams made from olive oil and donkey rides.The celebration ended with traditional songs and dances from the Cordoban Sierra Morena, as well as a performance from a local flamenco group.